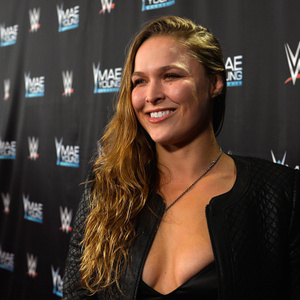 Ronda Rousey’s net worth and career earnings: Ronda Rousey is an American MMA competitor and judoka who has a net worth of $13 million. For a time she was one of the most popular and successful female MMA fighters of all time. She has since branched out into acting and professional wrestling.

Early Life: Ronda Rousey was born on February 1, 1987, in Riverside County, California. As a result of being born with her umbilical cord wrapped around her neck, Rousey struggled with a speech disorder for the first six years of her life.

When she was three years old, her parents moved from Riverside to Jamestown North Dakota in order to receive specialized and intensive speech therapy at Minot State University. Her mother, AnnaMaria De Mars, was the first American woman to win a World Judo Championship.

In addition, her mother pursued a Ph.D. at the University of California, Riverside, while raising her daughters. Her biological father, Ron Rousey, after he broke his back sledding and learned he would be paraplegic, died by suicide in 1995. Rousey was eight years old. Rousey dropped out of high school and later earned her GED.

Judo Career: Rousey began practicing Judo with her mother when she was just 11 years old. Her mother trained her until she was 13 and then she switched to a pro trainer. Rousey qualified for the 2004 Olympic Games in Athens when she was seventeen and was the youngest judo competitor there.

She went on to become the first American athlete to win two Junior World medals. In February 2007, Ronda moved up to 70kg where she ranked as one of the top three women Judo competitors in the world. Rousey later became the first American to win an Olympic medal in Judo, when she won the Bronze at the 2008 Olympics in Beijing.

Rousey retired from Judo after her Olympic glory, at age 21. Afterward, she shared a studio apartment with a roommate in Venice Beach and worked three bartending and cocktails waiting for jobs to support herself.

Mixed Martial Arts Career: Two years after her win, Rousey began fighting on the mixed martial arts circuit in 2010 with Team Hayastan. She also trained at the Glendale Fighting Club under MMA coach Edmond Tarverdyan. She also trained in Jiu-Jitsu at Dynamix MMA from 2011 to 2014 with Henry Akins.

Rousey made her mixed martial arts premiere in August 2010. She defeated Hayden Munoz in seconds with an armbar. In fact, Rousey defeated ALL of her opponents in under a minute with her signature move, the armbar. Rousey said that her mother jumped on her every morning to wake her up with an armbar, which is how this came to be the move she is known for.

She was the first female fighter to sign up with the UFC.  She successfully defended her UFC title in February 2013 against Liz Carmouche in February 2013 at UFC 157. Rousey also went on to defend her Bantamweight Championship title, although she did get her jaw dislocated by Carmouche in the process. Rousey also successfully defended her UFC title in 2014.

On November 15, 2015, Ronda faced off with Holly Holm in the main event at UFC 193. Despite fans heavily betting on her, Ronda was unable to get Holly to the ground due to Holms’ high kicking strategies.

Holm knocked Rousey out with a high kick to the neck, effectively ending Rousey’s streak as champion and marking her very first loss. Rousey was medically suspended by the UFC with a no-contact suspension and no fights for 60 days and would have to clear CT scan results in order to have the suspension reduced.

Rousey was not medically cleared until December 8, 2015. She returned to face the champion, Amanda Nunes, on December 30, 2016, at the main event at UFC 207 but lost the fight just 48 seconds into the first round. Ronda Rousey was inducted into the UFC Hall of Fame in July 2018.

Ronda never formally announced her retirement, but when asked in an interview with Ellen Degeneres if she would return to fight MMA, Rousey replied, “I think it’s just as likely as me going back to another Olympics for Judo.” 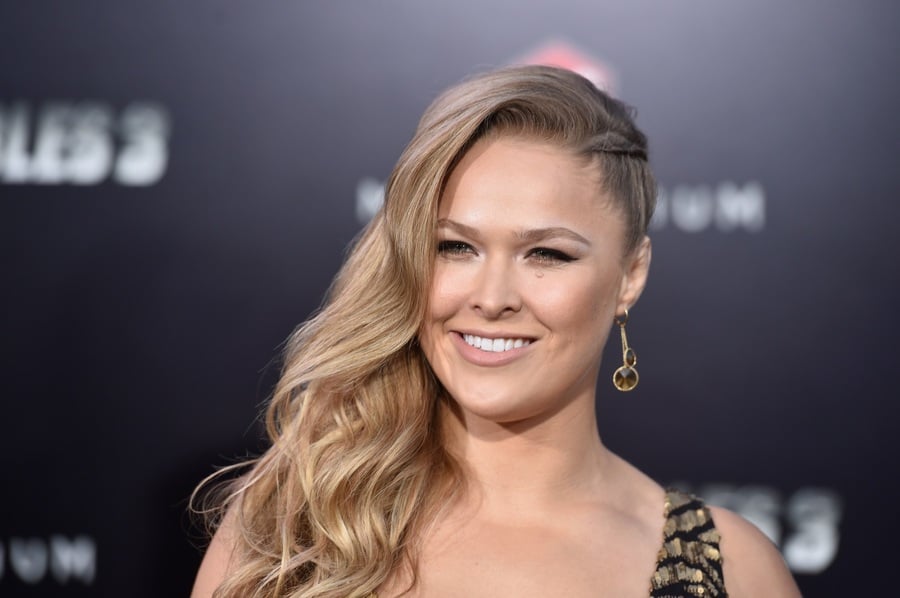 Wrestling Career: Rousey has participated in various WWE events as part of The Four Horsewomen. She has fought The Rock, The Authority, Triple H, and Vince McMahon. The Four Horsewomen have made audience appearances in support of different wrestlers.

In 2017, the Horsewomen faced off with Charlotte Flair, Becky Lynch, Bayley, and Sasha Banks. Later that year, it was reported that Rousey had signed with the WWE full-time and had been training at the WWE performance center in Orlando.

She made a surprise at the Royal Rumble in January 2018. She became part of WWE’s Raw brand in March 2018. She won her first Raw Championship on August 19, 2018, squashing competitor Bliss and one month later on September 16’s Hell in a Cell, she once again defeated Bliss.

In March 2019, Rousey had her first loss in WWE against Lynch, ending her championship reign at 231 days. Rousey is now the second longest-reigning Raw Women’s Champion.

Acting Career: Rousey is also an actress. She appeared in “The Expendables 3”, “Furious 7”, “Entourage”, “Mile 22”, and had a cameo as a flight instructor in 2019’s Charlie’s Angels.

She endorses Monster headphones, Carl’s Jr, Reebok, Metro PCS, and more. Unfortunately, Ronda’s lucky streak came to a very brutal and public end on November 16, 2015, when she was easily defeated by Holly Holm and UFC 193. In 2015 alone, Ronda earned $14 million in prizes, PPV money, endorsements, and media appearances. For her fight against Amanda Nunes on December 30, 2016, Ronda was paid $3 million just to show up.

Personal Life: Rousey lives in Venice, California. She became a vegan after Beijing in 2008. Ronda endorsed Bernie Sanders in the 2016 U.S Presidental Election. In her free time, she enjoys Dragon Ball Z, Pokémon, and World of Warcraft.

She has raised money for the Black Jaguar-White Tiger Foundation, which aims to save big cats from circuses and zoos. Rousey has admitted to struggling with body image issues and depression, admitting to Ellen DeGeneres in an interview that she had suicidal thoughts after her devastating loss against Holly Holm and her injury that took her out of the ring for a year.

Browne was still legally married to his estranged wife at the time, Jenny Renee Webb, and was being investigated for domestic violence. Rousey and Browne got engaged in New Zealand in April 2017 and they were married in August 2017 in Hawaii.