What are Greg Norman’s Net Worth, Salary, and Career Earnings?

Greg Norman is an Australian professional golfer and entrepreneur who has a net worth of $400 million. Greg Norman has earned the rank of number one golfer in the world on more than one occasion, holding the title on and off for a sum total of over 300 weeks. Nicknamed the “great white shark,” Norman has almost 90 tournament wins to his name.

Although he is considered a sporting legend by the entire golfing community, Norman has also established himself as an incredibly astute businessman. As an entrepreneur, Norman has found success in a range of different industries. In addition, Greg Norman is known for his charity work.

Gregory John Norman was born on February 10th of 1955 in Mount Isa, Queensland, Australia. Greg was encouraged to become involved in sports from a young age, and he initially became passionate about rugby, cricket, and surfing. Greg loved the ocean as a boy, and at one point he planned to become a professional surfer.

It was Greg’s mother Toini who taught him how to golf. Toini had Finnish heritage and a single-figure handicap. A 15-year-old Greg acted as a caddy for his mother at the Virginia Golf Club in Brisbane, eventually improving his own game drastically over a very short period of time. By the time Norman had graduated from high school, it was clear that he had the potential to become a professional golfer.

Norman first went pro in 1976. That same year, he won his first tournament at the West Lakes Classic in Adelaide. Next year, he joined the European tour for the first time, claiming victory in Scotland at the Martini International. By 1980, Norman was blowing the competition out of the water at the French Open and other European tournaments.

In 1981, Norman made his debut at the masters and performed well to finish in fourth place in Augusta. He then won the British Masters, and after following up with a number of other wins, Norman became the leading money winner on the European tour before joining the U.S.A PGA Tour.

By 1984, Norman was beginning to earn worldwide acclaim after sinking an impressive 45-foot putt at the U.S Open. In 1986, Norman made his name with the “Saturday Slam,” otherwise known as the “Norman Slam.” During this year, Norman led all four majors through 54 holes. Throughout the year, Norman was recognized throughout the golfing community for his amazing play.

A few disappointments over the next few years marred Norman’s career, but he bounced back in 1993 with help from coach Burch Harmon. He continued to win major tournaments throughout the rest of his career before taking a three-year break. When he returned in 2008, he became the oldest 54-hole leader in a major championship.

This was essentially the last major contribution Norman would make to the golfing world, as injuries continued to hold him back. In addition, Greg Norman was focusing more on entrepreneurial pursuits by the time anyway. 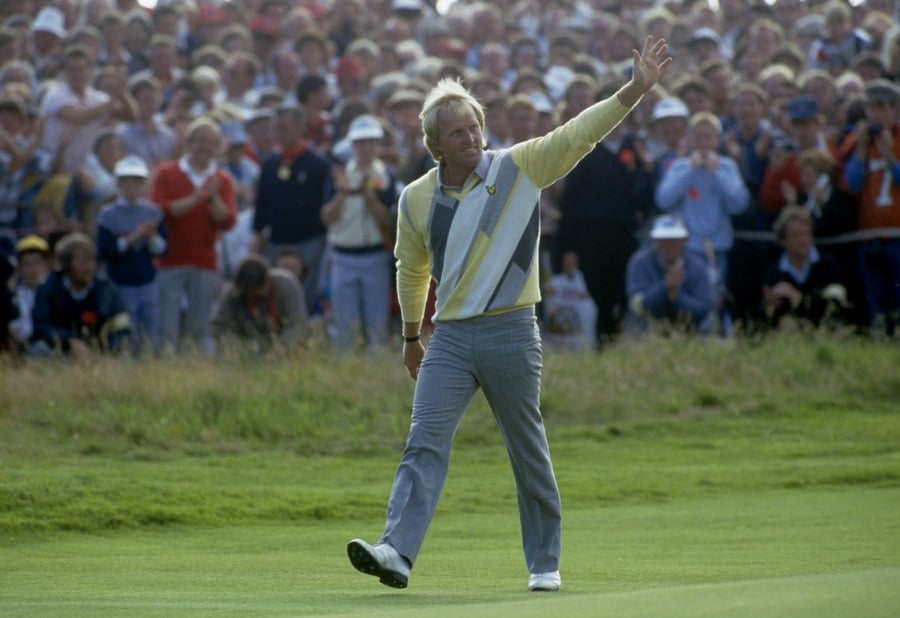 Greg has been married three times. His first marriage was to Laura Andrassy, a former flight attendant. The couple was wed in 1981, and they had two children over the course of their relationship. Eventually, they divorced in 2007. Laura Andrassy subsequently received a $105 million settlement from Norman.

Following his divorce, he married tennis player Chris Avery in 2008. Their marriage lasted for a little over a year, and they separated in 2009. One year later, Norman married his third wife,  interior designer Kirsten Kutner.

Greg Norman has made considerable investments in real estate over the years. Of particular note is an 11,600-acre ranch in Colorado. Known as Seven Lakes Ranch, the property features a 14,000 square-foot main lodge, fitness center, and spa. There are also advanced equestrian facilities, guest cabins, and an entire area devoted to staff housing.

He established the ranch by acquiring three adjacent land parcels and connecting them into one property. His first purchase was in 2004 for $9.5 million.

After investing heavily in the development of Seven Lakes Ranch, in 2017 he put the property up for sale for $55 million. Unfortunately, it was difficult for him to find a buyer, which forced him to lower the price to $50 million a year later. In March 2020 he listed the property for sale for $40 million. At some point in early 2021, he finally found a buyer for an undisclosed price. Here’s a video tour:

In 1991, Greg Norman purchased a mansion in Jupiter, Florida for $4.9 million. Years later, he attempted to cash in on the rise in property values, putting the mansion on the market for a whopping $65 million. Two years passed, and Norman failed to find a buyer once again. In 2018, he demolished the historic mansion on the property (a cottage that dated to 1902) and built a new family compound which the named “Tranquility”.

The home, which was completed in the summer of 2020, features 32,000 square feet of living space spanning the main house, guest house, carriage house, pool house, and boathouse.

The basement in the main house has a 5,000 square-foot entertaining area with two wine cellars, a game room, and a movie theater. The property has a tennis court and dockage that can accommodate a 150-foot yacht.

In January 2021, Greg and his wife Kiki listed the estate for $59.9 million. They found a buyer several months later for a reported $40 million.

Norman founded the Greg Norman Company in 1993. Over the years, the company had branched out into dozens of industries, generating tens of millions in revenue per year. The company is involved in the design of golf courses, wineries, real estate, private equity, eyewear, clothing, food, restaurants, and more.

In 1991, he acquired a 12 percent share of Cobra Golf, a leading golf equipment manufacturer, for $1.9 million. The entire company was acquired five years later, earning Norman a $40 million profit.