What is Anderson Silva’s Net Worth and Salary?

Anderson Silva is a Brazilian Mixed Martial Artist who has a net worth of $8 million. Also known in the sporting world as “The Spider,” Anderson Silva has become one of the most successful fighters in mixed martial arts.

He held the UFC Middleweight Title for longer than any other fighter and is considered by many to be the greatest MMA fighter of all time.

Anderson da Silva was born on April 14th of 1975 in Sao Paolo, Brazil. Anderson did not grow up in an affluent family, and he was raised by his aunt and uncle.

He learned jiu-jitsu by practicing with other children in his neighborhood. Eventually, he trained in forms such as capoeira, muay Thai, and taekwondo. Before becoming a professional fighter, Anderson Silva worked at McDonald’s. He also worked as a file clerk.

Anderson Silva’s first professional fight was in Brazil. He won one fight in 1997 in the welterweight category, and then followed up with another win. After a loss in the year 2000, Silva won his next 9 fights. He also generated buzz by becoming the first fighter to best Hayato Sakurai.

His victory against the Japanese fighter led to his participation in Pride Fighting Championships, a Japanese-based organization. During his time with Pride, Silva defeated fighters such as Carlos Newton and Alex Stiebling. However, a crushing loss to Daiju Takase almost made Silva quit MMA. After a victory against Jeremy Horn, Silva joined Cage Rage.

In Cage Rage, Silva beat Lee Murray before returning to Pride for his last fight with the organization. A loss against Ryo Chonan meant that he was cut from Pride. He beat Tony Fryklund before being disqualified for kicking a downed opponent in his fight against Yushin Okami.

In 2006, Anderson Silva signed with the UFC. He made his debut with a stunning knockout victory against Chris Leben just 49 seconds into the first round. He followed this up with an equally convincing victory against Rich Franklin, claiming the middleweight title.

After successfully defending his title against fighters such as Nate Marquardt and Dan Henderson, Silva moved up to light heavyweight to defeat James Irvin.

In 2008, Anderson Silva fought Patrick Côté in what was the first in a line of disappointing fights. Although he won, fans were annoyed to see Silva intentionally avoiding contact with his opponent throughout the fight.

He did the same against Thales Leites, drawing ire from both fans and Dana White. In 2009, Silva beat Forrest Griffin in a more satisfying manner, winning “Knockout of the Night.”

In 2010, Anderson Silva caused embarrassment for the UFC yet again when he taunted his opponent and circled the octagon without engaging. Although he eventually won, the fans started to side with his opponent, Demian Maia, who was at least trying to engage in the fight.

Later that year, Silva experienced more of a challenge when he fought Chael Sonnen, who repeatedly struck Silva and took him down time after time. Fortunately for Silva, he was able to escape with a submission to claim victory.

Silva followed up with victories against Vitor Belfort and Yushin Okami. He continued to win throughout 2012, but his unstoppable reputation was destroyed when he lost to Chris Weidman. Silva once again started to showboat in the second round before being knocked out by the underdog.

The rematch also went badly for Silva, and the Brazilian fighter suffered serious fractures to his left leg after Weidman checked his leg kick, ending the fight.

The injury required extensive surgery and would take months to heal. Silva won his first fight after returning to the UFC in 2015, but he later tested positive for numerous illegal substances.

After being suspended for this offense, Silva faced Michael Bisping in 2016. He lost the fight in a unanimous decision. He lost again against Daniel Cormier in 2016 but turned it around with a win against Derek Brunson in 2017.

In 2019, Silva lost against Israel Adesanya and Jared Cannonier, signaling that his career was coming to an end. As of 2019, Anderson Silva’s fights have generated almost 10 million PPV sales. 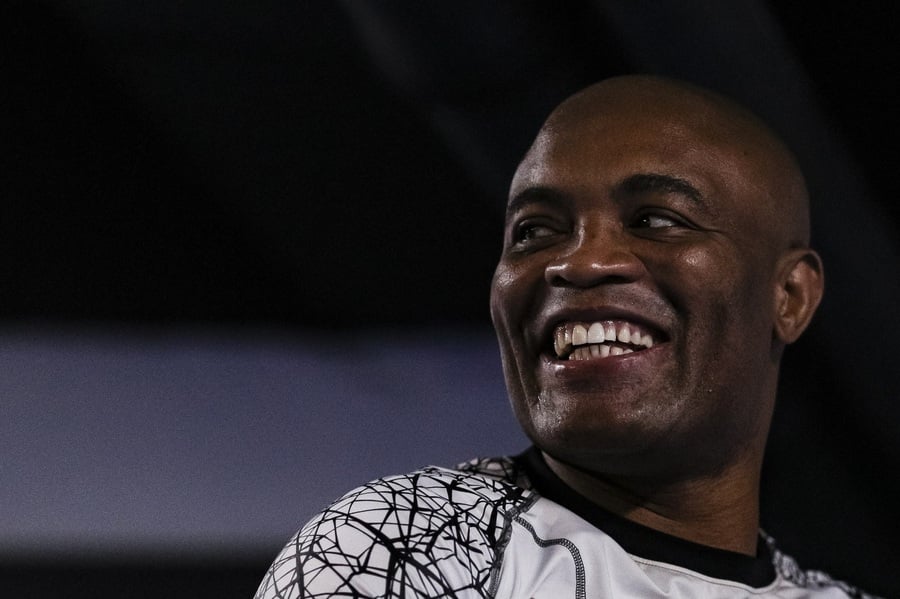 Anderson Silva is considered one of the best strikers in UFC history – perhaps the best. Silva has an uncanny ability to dodge most (if not all) of his opponent’s strikes – at times taunting his opponent in the process. Silva went through much of his early UFC career relatively unscathed because of this elusiveness.

While Silva avoids getting hit, he also strikes his opponent with incredible efficiency and accuracy. The vast majority of his strikes find their mark.

He also transitions well through movement and can switch from southpaw to orthodox stances with no drop in performance. While Silva is considered to be better at striking than on the ground, he has submitted some of the best wrestlers in the UFC.

Anderson Silva has endorsement and sponsorship deals with a variety of brands and organizations. This includes the sports marketing company 9INE, the Corinthians soccer team in Brazil, and Burger King. He was previously sponsored by Nike before they left the UFC.

Anderson Silva has five children with his wife. He became a US citizen in 2019. Although many have called him the best “pound-for-pound” fighter in UFC history, Silva has stated that he believes that honor should go to B.J. Penn, his personal friend. Anderson Silva also has a passion for comic books.